AeroBarrier’s success in the U.S. is driving business beyond the North American market. Paul Springer, AeroBarrier’s National Director, recently traveled to England to support AeroBarrier, Aeroseal’s revolutionary technology for air sealing. In the week there, Paul and engineer Joel Summerfield delivered the first AeroBarrier seal in the United Kingdom. This headway in Europe is the next chapter for AeroBarrier’s development of an international network to help drive decarbonization.

Of all UK greenhouse gas emissions, just under 25% are generated by buildings. Buildings’ well-studied climate consequences and their significant cost to society urged Tim Crump, founder of Oakwrights, to seek AeroBarrier as a solution. As Tim mentioned, “Britain has some of the lowest performing and oldest housing stock in Europe, and there is a real and growing interest in improving energy efficiency and reducing environmental impact.”

On top of that, the United States isn’t the only country with building codes advancing and energy efficiency being pushed to the forefront. The European Union has proposed a zero-emission building (ZEB) requirement that would apply to all new buildings as of January 1, 2030. A key component of designing a ZEB will be careful design of the building envelope.

Establishing an airtight building enclosure is one of the core principles for Zero Energy design because uncontrolled air leakage across the enclosure can be responsible for most of the energy use for the heating and cooling of a building. It is also the primary source of moisture within the structure. The upcoming ZEB legislation was a key factor in the decision to expand AeroBarrier into the United Kingdom.

AeroBarrier is helping homes and buildings achieve airtightness across America and beyond. As it strategically and simultaneously measures, locates, and seals all leakage in the envelope, it strengthens building performance while lowering energy costs. Addressing airtightness in commercial and residential buildings is crucial for meeting low leakage targets, raising energy performance, and minimizing the environmental impact of the built world. 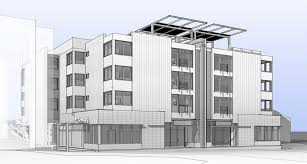 Known for changing the tapestry of single-family homes in Seattle,... Read More 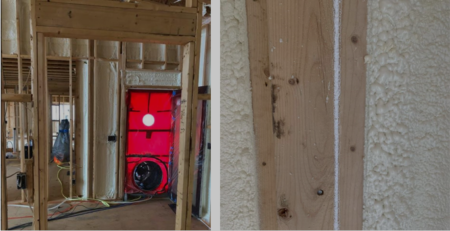 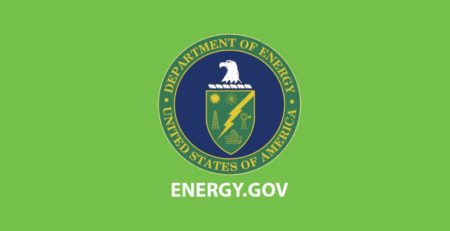 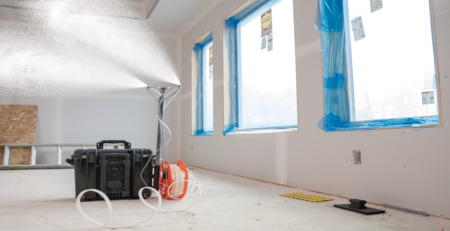 Aeroseal LLC is excited to announce the acquisition of TNS... Read More

See what 3rd Parties are saying about our AeroBarrier Air Sealing.