From the Wright Brothers to Aeroseal

Invention and innovation have a rich history in Dayton. At the turn of the 20th century, the city had the most patents per capita of any city and one of the largest concentrations of scientists and technicians in the country. You could certainly say the Miami Valley was the Silicon Valley of the past, considering the density of scientific achievements and discoveries that originated here. From here in humble Dayton, the Wright Brothers changed the world with the invention of the airplane. The Miami Valley’s legacy of innovation continues to this day. While the Wright Brothers changed the world in the 20th century, we believe Aeroseal’s technologies have the potential to change the world in the 21st century.

Aeroseal is on a mission to be a gigacorn. A serious challenge at the heart of the built environment, energy loss from leaky homes and buildings is a significant and often overlooked problem. Our technologies have the potential – when they become default solutions in homes and buildings – to reduce carbon emissions by 1 gigaton every year.

Duct leakage was an assumed, unfixed problem until a scientist discovered a solution.

Mark Modera, a scientist at the University of California, invented a breakthrough aerosol-based air and duct sealing technology from his garage in 1993 and named it Aeroseal. Aeroseal was developed at Lawrence Berkeley National Laboratory in 1994 and the business was started in 1997. Now, for the first time, it was possible to seal air and duct leaks from the inside out. After teaming up with entrepreneur and industry leader Amit Gupta in 2010, Aeroseal became the leading air and duct sealing technology for homeowners all over the world. Once it was incorporated into the industry, homeowners and building owners were finally able to say goodbye to air and duct leakage and the adverse, energy-wasting effects.

We are at the beginning of this journey, and alleviating air and duct leakage from homes and buildings at a large scale will be key to our 1 gigaton goal. As suggested in, “On Gigacorns and Sustainability Tech,” the technologies with the highest-level impact are centered around our built world (both how we build it and how we heat and cool it). The environmental impact estimated from eradicating 1 gigaton of carbon emissions would help drive the built environment toward decarbonization.

Air is the basis of these two inventions. To have that lightbulb moment, there had to be an understanding of air and the intrinsic nature of it. By mastering air movement, these inventors were able to engineer their idea and turn it into a tangible technology. Inventions like these are born by pinpointing a problem and coming up with an original idea or iteration to solve it. These are the inventions that then shape society.

Before the Wright’s airplane, there were concepts and prototypes for “flying machines,” but the brothers were seeking a solution to a problem that was still present in these machines. These machines could fly, but they couldn’t be controlled. The Wright’s airplane enabled maneuverability. In the same light, the methods for sealing leaks that preceded Aeroseal’s automatic technology were imperfect. The main method was to seal leaks manually with mastic, meaning workmanship determined the success of the seal and there were many common mistakes and inconsistencies. Aeroseal’s process is computer-controlled so that results are clear and consistent.

As the Wright Brothers unlocked the ability to fly directionally from point A to point B, Aeroseal did the same with airborne, adhesive particles. This enabled the sealant to be directionally distributed and deposited at all leak sites.

Dayton’s legacy as the invention capital of the USA is still evident today. The world-changing inventions and modern technologies coming out of Dayton exemplify the brilliance and creativity of the city and those who live there.

Watch Aeroseal’s mission video for further background on our story.

Photo by Tadeu Jnr on Unsplash 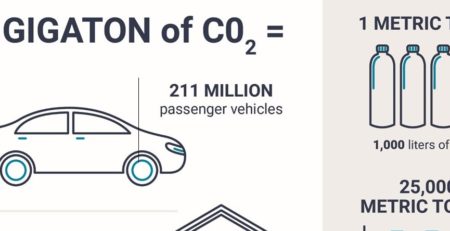 CLIMATE TECH INFOGRAPHIC: What is a Gigaton? 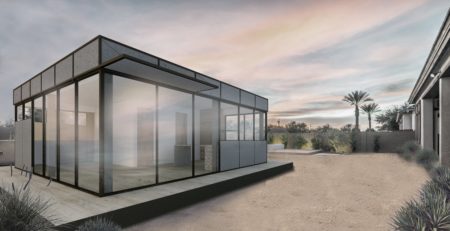 Tips for Designing an Eco-Friendly Home 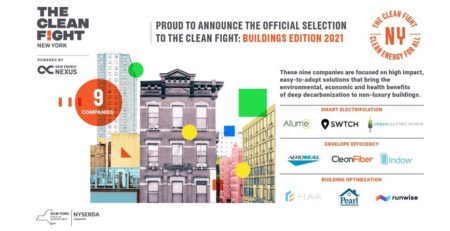 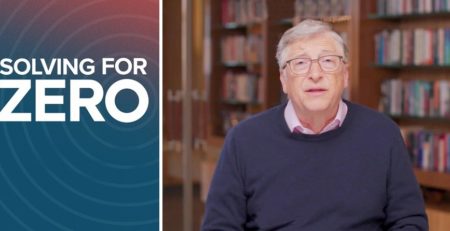 Aeroseal Tapped for “Solving for Zero: The Search for Climate Innovation” Project 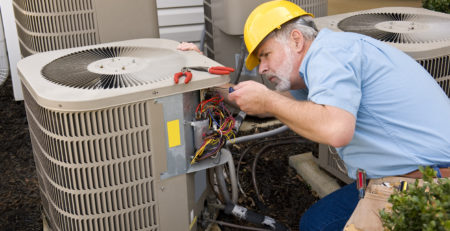 Accountability: The First Building Block of a Solid Business 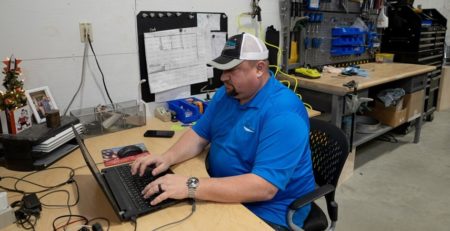 On his first day on the job, Justin instantly felt... Read More