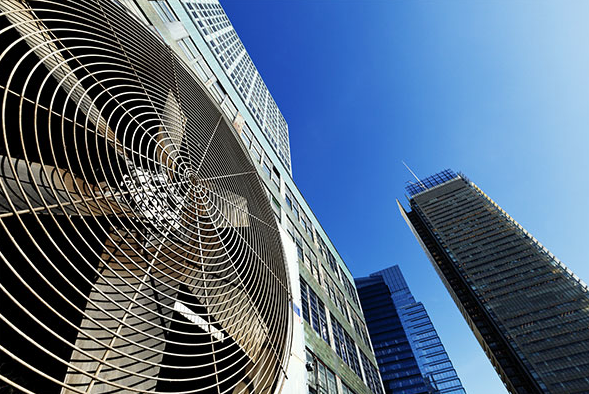 According to the U.S. Energy Information Administration, commercial buildings account for approximately 20% of annual energy consumption in the United States. Within commercial buildings, a significant amount of energy is used by HVAC systems, including fans. By some estimates, fans account for roughly 15% of the energy used in commercial and industrial buildings and processes. Aerosealing leaky air ducts helps to reduce excess fan work by lowering air duct transmission losses. The accompanying report provides a good overview of how fan selection and operation impact electric energy usage and subsequent fan operating costs.

Fans and fan systems can be significant consumers of energy in commercial applications and the greatest consumer in industrial ones. Concerned about underperformance, designers tend to compensate for uncertainties by adding capacity to fans. Oversizing fan systems creates problems that can increase costs and decrease reliability. This article explains how to evaluate fans and fan systems and their impact on operating costs. It does so by examining the criteria most commonly used in fan selection:

Fan manufacturers’ published ratings for airflow, pressure, and power are based on laboratory conditions using standard cubic feet per minute (scfm) for airflow and 0.075 lb per cubic foot for fan-inlet-air-stream density (corresponding to dry air at 70°F and atmospheric pressure of 29.92 in. Hg). Normally, they can be used for fan selection and evaluation when the difference between standard density and actual site density at a fan inlet is less than 5 percent. This occurs when:

In cases in which at least one of the above parameters is not met, inlet-air-stream density should be corrected to actual conditions (actual cubic feet per minute [acfm]). This is done by multiplying the standard density, airflow, pressure, and power by each parameter’s density factor. The density factors will be equal to the actual inlet density divided by the standard inlet density of 0.075 lb per cubic foot. The density factor (Fρ) for each parameter is estimated as follows:

Density-factor moisture, pounds of water per pound of dry air:

Overall density-correction factor, then, is given by:

Example 1: Density-factor calculation. For a fan capable of handling 176°F air at an inlet static pressure of –15 in. wg, a humidity ratio of 0.04 lb of water per pound of dry air, and a site elevation of 3,000 ft asl, we will calculate the required density factor and actual air density:

The actual air-stream density at the fan inlet is the product of the density factor and the standard air density (0.075 lb per cubic foot) and is calculated as:

Example 2: Fan performance. If a fan were selected from a manufacturer’s standard catalogued ratings for a volumetric-flow rate of 30,000 acfm, a static pressure of 15 in. wg, 1,910 rpm, and 86 hp, but installed at the above conditions, the operating performance would be:

Key point: With proper definition of inlet-air-stream conditions for density, temperature, pressure, moisture, and elevation, corrections between a fan manufacturer’s published ratings and actual operating conditions can be made to ensure proper fan selection and performance.

Fan capacity can be stated in terms of either volumetric-flow rate or mass-flow rate.

Figure 1 is a simplified illustration of a centrifugal-fan wheel and a substance conveyed by the fan. If each scoop of the fan wheel has a volumetric capacity of 5 cu ft and the speed is a constant 1,000 rpm, the volumetric capacity is 30,000 cfm (5 cu ft per scoop × 6 scoops × 1,000 rpm). The mass-flow rate is:

Key point: At constant speed, a fan will deliver a constant volumetric-flow rate and a variable mass-flow rate, with the mass-flow rate varying directly with the density factor, or the ratio of actual density to standard density.

In air-moving applications, the most common pressure is static pressure. Still, for the proper selection and operation of fans, one must have a basic understanding of all pressures:

Total pressure can be positive or negative, depending on the measurement location.

Velocity pressure is mutually convertible with static pressure. It always is positive, regardless of its measurement location.

Static pressure is mutually convertible with velocity pressure. It can be positive or negative, depending on the measurement location.

Because the outlet velocity pressures are identical and cancel each other:

However, it is not uncommon to find the static pressure used by system designers for fan selection calculated simply as:

Often in these cases, the fan is oversized by the inlet-velocity-pressure energy component, resulting in excessive energy consumption.

When static pressure used for fan sizing is calculated in this manner, a fan cannot perform exactly on the fan curve because of the velocity pressure at the fan inlet normally not accounted for by the fan manufacturer. Figures 3 and 4 present examples of how to calculate fan pressure for various fan configurations. 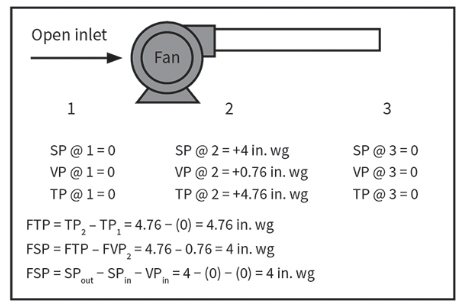 Because fan manufacturers’ catalogue ratings are based on standard conditions, it is important to make sure a fan is selected to achieve its design pressure at actual operating conditions.

There are three categories of fan horsepower:

Chart horsepower. Often referred to as brake horsepower, chart horsepower (CHP) is the power required at a fan shaft to drive a fan. The only loss it may include is bearing drag. It always is stated at standard inlet-density conditions of 0.075 lb per cubic foot and, thus, should be corrected for non-standard inlet-air-stream densities. Corrections are calculated by multiplying the standard density, airflow, pressure, and power by the density factor.

CHP is the horsepower stated by fan manufacturers in published literature and selection programs. In most cases, because it represents only the power required to drive a fan shaft at standard air-stream-density conditions of 0.075 lb per cubic foot, it either understates or overstates actual operating horsepower, depending on the effects of drive-system losses and any change in inlet-air-stream density.

Example 4: Fan power. If a fan were selected for 30,000 cfm, 15-in.-wg fan static pressure (FSP), 1,910 rpm, and 86 CHP based on a manufacturer’s catalog rating at standard conditions, but installed at the actual conditions in examples 1 and 2 in Part 1 of this article, expected fan performance could be calculated at these actual operating conditions:

If the fan were operated during startup, purge, or shutdown without heat or moisture, fan operating performance would be:

Based on a calculated OHP of 62.6, one might decide to select a 75-hp motor. But note that with a drive loss of 4 percent, the primary difference between the CHP (86) and OHP (62.6 or 77.3) is caused by the change in air-stream density. And because air-stream density may vary, particularly during startup, system purge, or shutdown, either control via a fan damper or a variable-frequency-drive (VFD) controller is recommended, or the next-size-larger motor should be selected.

In summary, OHP allows for changes in air-stream composition and the energy losses required to drive a fan. Both OHP and CHP should be considered in motor selection.

In some cases, final motor selection is based not on the above criteria, but on the minimum motor horsepower required to start a fan and bring it up to full speed. This is the effect of the combined wheel, shaft, and driver inertia required of a motor to put a fan in rotation from a resting position.

Air horsepower. Air horsepower (AHP) is the energy added to an air stream per unit time and is considered to be the actual horsepower output of a fan.

Often, it is helpful to calculate the AHP output of a fan to better understand the construction requirements of the fan system and the energy available within the system.

OHP is the actual horsepower consumed in operation and includes both the energy consumed by a fan and the effects of changes in air-stream density (including drive losses, but not motor and VFD losses).

AHP is the useful energy added to an air stream by a fan.

Proper understanding and calculation of CHP, OHP, and AHP are necessary to fully understand the energy requirements, consumption, and delivery of a fan system.

Fan efficiency is the ratio of horsepower output (AHP) to horsepower input (CHP). It can be evaluated on the basis of FTP or FSP.

It can be seen that when a fan is selected based on peak total efficiency—which takes into consideration the efficiency of both static pressure and velocity pressure—sometimes the fan both is smaller in size and operates farther to the right on the fan curve than when the fan selection is based on static efficiency (static pressure only). However, this applies to only housed fans, as unhoused fans typically do not have a means for measuring fan inlet and outlet velocity and, thus, normally are selected based on static efficiency.

Fan performance can be predicted using what commonly are referred to as the fan or affinity laws:

The fan laws are applicable on the basis airflow through a fan is fully turbulent. Thus, in the absence of a connected system, the fan laws always are applicable. And while it is not uncommon to apply the fan laws to fan systems to predict performance, one must be careful to ensure the system to which a fan is connected also is in turbulent flow. If this condition is not met, the fan laws should be applied with care, as they cannot be applied directly to system components, such as deep high-efficiency filters, which may be operating in or near laminar flow. In these cases, a system should be separated into turbulent- and laminar-flow components for separate calculations, which later are joined for a predictable system performance curve.

The system curve in Figure 7 represents turbulent-flow conditions in which system pressure varies with the square of system flow.

Fan curves for the original and revised selections are shown in figures 9 and 10, respectively.

Example 6: Increase capacity by 10 percent. A fan is operating at the conditions in Example 5; however, the FSP is assumed to be composed of 8 in. wg of components that vary based on fully turbulent flow and 4 in. wg of components that are in non-turbulent flow. Assume laminar flow. The fan speed is 2,321 rpm, the fan capacity is 15,000 cfm, the FSP is 12 in. wg, and the CHP is 35.1. What is the change required to increase the volumetric capacity by 10 percent? Assume the fan system is operating at standard air conditions.

Fan curves for the original and revised selections are shown in figures 11 and 12, respectively.

An understanding of fan total and static efficiencies aids identification and selection of the best fan for an application, while thorough consideration of all fan and system parameters aids energy-efficient design.

A fan motor always should be selected based on OHP.

When changes to an existing system need to be made, proper calculation of the new system requirements based on the characteristics of each type of system component (e.g., ductwork, air-pollution-control equipment, after-filter) results in optimal design and prevents unintended overdesign.

Khalil Kairouz, PhD, PE, is an associate vice president for Carollo Engineers Inc., a consulting firm specializing in water and wastewater treatment. He has bachelor’s and master’s degrees in mechanical engineering from the University of Louisiana at Lafayette and a doctorate from Claremont Graduate University. He has taught in the mechanical-engineering departments of Loyola Marymount University and California State University. Dale Price is president of M&P Air Components Inc., a company specializing in ventilation and air-distribution equipment. He has a bachelor’s degree is mechanical engineering and is an active member of an American Industrial Hygiene Association task force on fan efficiency. He has taught numerous training sessions on fan systems and their effects to employees of state and federal agencies and private industries.

The patented Aeroseal sealing process is the most effective,... Read More 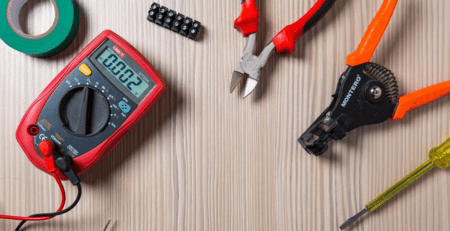 DIY vs. Professional Duct Sealing: 6 Reasons to Call a Pro 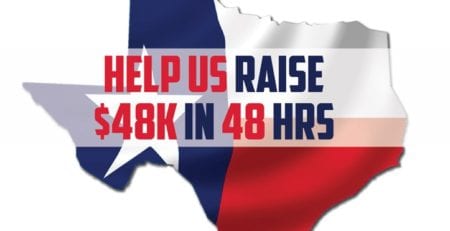 Kindness is Powerful – You Can Help!

Hurricane Harvey has been a catastrophic event for the... Read More 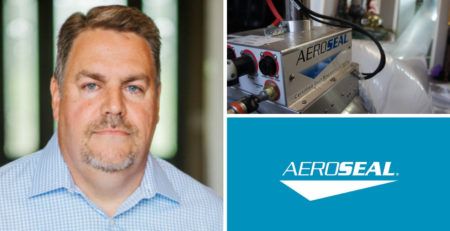