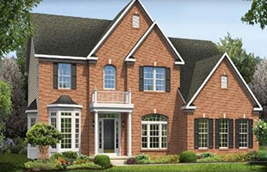 Tim was frustrated with his HVAC system. No matter how high he turned up his air conditioner during hot summer days, the upstairs rooms in his Cincinnati, Ohio-area home remained about 10 degrees hotter than those downstairs. To solve the problem, he first tried replacing his old air conditioner with a new high-efficiency unit “guaranteed to solve uneven temperatures problems.” When that didn’t work, he called in his HVAC specialist who showed him that the problem was due to excessive duct leakage. The specialist recommended using Aeroseal to seal the leaks. But Tim, a home repair contractor by trade, opted to spend several days manually sealing the ductwork himself. When all that hard work still didn’t solve the problem, he finally decided to try Aeroseal…and he was glad he did. Leakage was reduced by more than 90%. More importantly, the upstairs of his home is now as comfortable as the rest of the house.

This recent real-life example of Aeroseal at work not only illustrates the effective advantage of Aeroseal over traditional methods of duct sealing, but also highlights the significant difference that effective duct sealing can have on indoor comfort, air quality and energy bills. After manually sealing the ductwork, leakage measured 200 CFM (supply) and 700 CFM (return).

After aerosealing the ductwork, leakage measured only 22 CFM (supply) and 20 CFM (return). As a result, cooled air now reaches all intended destinations throughout the house, leaving less than 1degree difference in temperature from room to room. The need to dust was also reduced from one time per week to one time every three weeks. As an added bonus, the homeowner saw his energy bill go down about $46 a month.

“I went around with a smoke torch and showed the homeowner how the leaks were blowing the smoke around in the basement. We then took some measurements at his upstairs return grills and showed him how the suction was too weak to even hold up a piece of tissue paper. That was enough to convince him that something needed to be done to seal the leaks in his ductwork.”

“I know how to manually seal ductwork. I got up in the attic and sealed what I could – around where the boots meet the wood, around the header in the basement, and I took down and reinforced them. I spent about 23 hours of my own time really getting at every nook and cranny that I could by hand. So you can imagine I was disappointed to see it had little effect. Then Aeroseal came in and it took less than a day to really fix the problem.”

“About a month or so after we completed the aerosealing job, I got a call from Tim. It was a particularly hot day, and he told me he wanted to tell me something. He said he just measured the temperature in his house, and there was only a degree difference between upstairs and downstairs. He just wanted to thank me very much!”