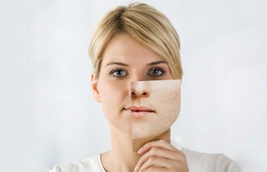 BEFORE AEROSEAL:
350 CFM of leakage

When Mary S., a Bellingham, Washington homeowner, first called Barron Heating and Air Conditioning, she was simply looking to improve the indoor comfort of her house. During the initial home inspection, however, Barron’s comfort advisor, Wes Diskin heard from Mary that she was plagued with health issues, including a persistent rash on her face that doctors couldn’t either explain or cure.

On a hunch, Diskin performed a home performance assessment where he found several indoor air quality (IAQ) issues including a wet and moldy crawlspace, duct leakage and envelope infiltration.

With homeowner consent, Barron worked with a subcontractor to address several key concerns related to building performance and IAQ. They sealed the attic floor, removed contaminated insulation and solved water drainage issues. They then turned their attention to the HVAC system where duct leakage was allowing contaminants to be sucked into the ductwork and then spread throughout the entire home.

To find and effectively seal the leaks, Barron used an innovative approach to duct sealing developed by the U.S. Department of Energy. Unlike traditional duct sealing methods, the computer-controlled aerosol-based sealing technology is blown into the interior of the ductwork where it automatically locates and seals leaks throughout the entire duct system even those hidden behind walls or in hard to reach spaces. By watching the computer monitor during the sealing process, both the contractors and homeowner could see the leakage disappear from the original 350 CFM of leakage down to 25 CFM – a 92% reduction.

Just weeks after finishing their work, Barron received a call from Mary. She told them something amazing happened. For the past five years, she had been seeing doctors about a mysterious rash on her face. But apparently, what her doctors couldn’t solve, aerosealing could. It turned out that insulation fibers and mold spores in the air were the cause of her health problem and that sealing the leaks in her ductwork was the cure.

“My house is now my fortress and my refuge. Thanks to everyone at Barron for doing more than simply selling me a new HVAC system. They asked me the right questions and listened to my answers. They then took that information, did some educated research and ultimately found a solution to a problem that several doctors couldn’t solve.”

“This is only one of many times we have been able to change people’s lives through our home performance knowledge and the use of aeroseal technology. There cannot be air quality without control of the duct leakage – period. No other solution has impacted our IAQ offering or created as much real improvement to a home as aeroseal.”